A Spotlight on Women in Leasing

WOMEN HAVE ALWAYS WORKED in equipment finance, but not in large numbers and less frequently in leadership positions. Women tend to attend ELFA meetings in smaller numbers too, and aren’t as well represented as men on committees and work groups. A new initiative at ELFA seeks to change that. The ELFA Board of Directors has […]

The United Leasing & Finance Championship festivities got underway on Monday with the Varsity Shootout. Fifteen Web.com Tour professional golfers paired up with local high school golfers to compete in the event at Victoria National Golf Course. When it was all said and done, Mater Dei senior Spencer Wagner and pro golfer Chris Baker came […]

It was easy for Seamus Power to be in a good mood Tuesday upon his return to the Evansville area. “Last time I was here, I was driving back my car with a giant check in the back seat so that’s a nice memory to have,” said Power, who won the United Leasing & Finance […]

John R. White had a sparkle in his eye after winning a 2017 Chevrolet Spark on Wednesday. The 93-year-old Rockville resident and his wife Jane, 92, were both surprised and pleased that the retired engineer’s annual contribution to the United Way of the Wabash Valley resulted in him being one of three finalists in a […]

Every summer, Youth First “stuffs a Caddy” with school supplies that later are distributed to Southwest Indiana children and families in need. On Friday, Youth First had its Christmas stocking stuffed with a $30,000 check presented to the Evansville-based nonprofit by the PGA Tour. “Stuff a Caddy” is supported by the wives of Web.com Tour professional golfers […]

Governor Mike Pence has named a new trustee and reappointed two trustees to the Board of Trustees at the University of Southern Indiana. The new trustee is Ellis S. Redd of Evansville, and the returning trustees are Ronald D. Romain of Evansville and Kenneth L. Sendelweck, of Jasper, Indiana. Redd (pictured) serves as vice president […] 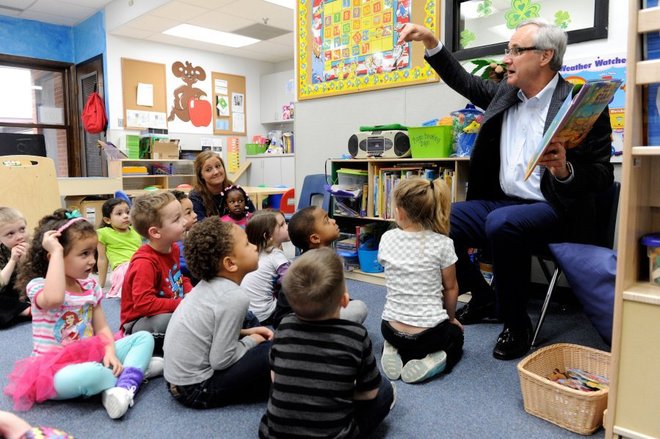 (INDIANAPOLIS) — United Leasing & Finance was among the group of small companies that lead the way on the 2016 Best Places to Work in Indiana list, with nearly half (48) of the 100 honorees coming from that category. The Indiana Chamber of Commerce stated that over a quarter (27) of the honorees are making […]